Hi guys Faisal(Team Leader/Designer) here again to show you the progress for day 4.

Unfortunately Jurgita was ill today so we haven’t made any progress towards the character development side.

Stewart has managed to finish all the tiles for the environment by creating both the home and enemy bases as well as adding some polish to some of the previous environment ones.

Today has involved a lot of work with Stewart on the User Interfaces firstly we worked on the spawn buttons giving them each 3 different images for 3 different states; inactive, mouse is over button, button is pressed.

Following this we then added icons to show the enemy health which is based on the number of commanders that they have left.

This shows the different states that the enemy health can be represented.

Once the player has made it to the enemy base they must choose a door in order to fight on of three commander types;  fire,water and nature.

Once a commander has been defeated their Health icon will change to a greyed out image. ( here are some variations/tests)

Following this Icons and buttons for the menus were updated

Finally the Menus Screens were updated and changed 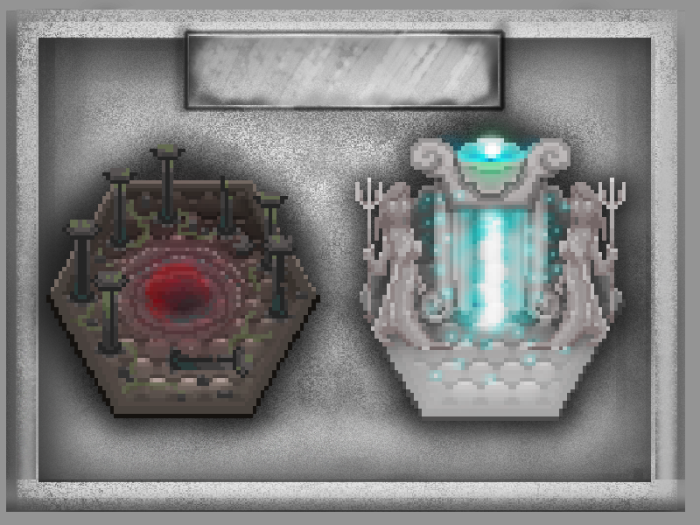 a friend of ours (Sean Cairns) has also kindly agreed to supply to some audio for us.

Currently we have 2 different spawn sounds in game, though he has provided us with quite a few.

Finally Zac has been working on the code mostly on some behind the scenes coding and the formulas for attacking and damage though these have not been implemented yet.

He has also managed to plots paths for the enemies to follow towards the players base.