since the last post I`ve now got an aim and objective,,, i think. need some tutelage.

and i`ve been thinking up some corresponding objectives that accompany them.

i`m retracing my steps a bit as i`ve made the project tree`s about three times now. but im just trying to refine, iterate and get better.

mostly waffle, hopefully there’s some worthwhile final objectives to be whittled out of them. writing them I`m begginning to feel as if my question and aim arent detailed enough. as i was struggling to think of associated objectives. i`ve yet to even get feedback on my revised aim or question so worst comes to worst i`d be set back that far.

okay, now time for some research and quote gathering

Gamasutra: Has it gotten easier to make high-res 2D games with newer systems? 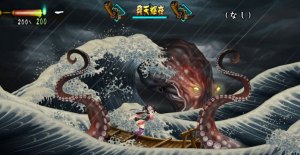 Hashimoto: It’s harder now to make 2D-graphics games. Before, everything was 2D, so you had enough people who were actually specialized in making 2D characters. But now, everything is 3D. So now, to find a good team that can make 2D games, even if you have better technology and more RAM or whatever, it’s really hard now.

people are lacking the training to make classic 2D games. that`s very insightful. it gives my field of research a nice sense of relevance. im studying a underappreciated skill and filling a niche. and of course I don’t doubt the legitimacy of the quote/interviewee since Murumasa is one fantastic looking 2D game. not pixellated but it still holds relevance.

this site is an absolute wicked blast to the past. it`s a website which hosts videogame title screens, everything is so insanely iconic. great inspiration for working in 16 bit limitation. and I managed to find out the aspect ratio of megadrive games! had been wondering that for a while. (incidentally, it`s 640 width by 451 height) doubt i`ll use a custom Sega colour palette, just the indexed 256 colours will be close enough.

some of my favourite ones from the site. check out the animation on shinobi!

the shinobi title screen in particular has some good examples of retro animation. all it is, is moving the single layer around. obviously for large title screen sprites they would take up a lot of data so this makes sense, and it`s a animation style which is wholly synonymous of the era. 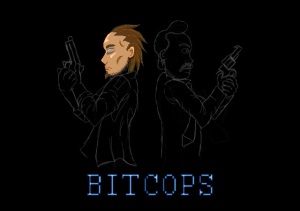 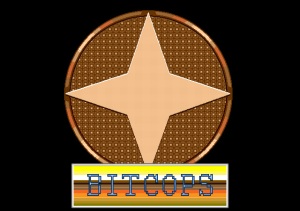 preview of my own take on a title screen. expect it to be done by the next post.

here is an indie game called noitu love 2 (which is evolution backwards) it`s a side scrolling shoot em up (or a dodge em up, judging by the video,sounds like a fun genre. like dodgeball with bullets) with some innovative mouse controls.

love the chases and set pieces

it`s a perfect example of old graphics and new tech, 16 bit consoles never had mouse’s. (except for Mario paint on the snes but that`s being niche) and it`s this sort of thing i`d like to examine/create. the visuals and sound in the game are pretty fantastic, reminds me a lot of gunstar heroes.

the same developer has another spritey game on his website. a metroidvania game with some lush visuals and smooth animation.

the enemies harken back to metroids corridor fodder. the protagonist even has hints of samus to her

not quite a relevant example as the last game, since this one`s lacking in tech heavy gimmicks and the visuals are a bit too good.

i`ve neglected to mention a lot of ios stuff on here, but mage gauntlet is a recent title which is a worthy example for a number of reasons.

doubt i`ll buy this as it`s pretty huge and 4th year students have no free time. i`m trying hard to get superbrothers sword and sorcery at the moment though, another ios title with retro visuals and a short length. ideal!

it boasts a lovely 16 bit aesthetic but not exclusively. some particle and laser effects are running at a distinctly higher res then the rest of the game, it`s by no means obtrusive or distracting though. there also happens to be a generous amount of enemies on-screen at once, taking advantage of the iPhones power.

this next game is called sideways, it`s a platformer, but it`s hard to categorise it as 2D or 3D. take a look

reminds me of `mark ecko` and `and yet it moves`

it`s an ingenious mechanic. I thought the character art on the wall was pixelly graphics but turns out it`s graffiti spraying which makes sense regarding the game’s theme. but this synergy between retro 2D conventions and an innovative 3D metagame(or metaworld would be the right word?) is hugely inspiring.

I was skimming through some blogs and came across a very interesting opinion piecee. here`s a quote which talks about the `new retro` phenonomin which I mentioned in a post earlier.

Mega Man 9 is very much a product of its context. Its gameplay is fantastic, but it too is a product of the time period in which it reigned supreme. It suggests the question: can neo-retro games stand the test of time? Will games that mimic or lampoon the 8-bit era remain relevant and interesting to the masses long after its original audience has disappeared?

A friend suggested that perhaps “neo-retro” will mean something different in 30 years. Perhaps games with PlayStation- and PlayStation 2-quality graphics will become the new standard for neo-retro revivals. Maybe in 15 years, gamers will get a Vagrant Story sequel running in the same phenomenal engine the PSone original did.

It’s a nice thought, but as evidenced by even current attitudes of PSone-era graphics, that period has not aged well. While 8-bit and 16-bit sprite based graphics still hold a charm that can only be described as “je ne sais quoi,” PSone polygonal games are downright ugly. They have not aged well, and I suspect in 10 years, we will feel the same about PlayStation 2 and Dreamcast.

It certainly is impossible to explain why polygonal-based graphics don’t hold the same nostalgic allure of its sprite-based cousins, but that modern perspective speaks for itself.

Those who think Super Mario World is still beautiful are the same that will agree that Rival Schools, while an excellent fighting game, has aged horribly visually. The game is downright horrifying to look at.

Perhaps neo-retro gaming will never get that far. It’s a burgeoning subgenre now, but no one really knows how long its steam will last. We may never get as far as 10 years before interest in its anachronistic mechanics and aesthetics thins out.

obviously i`m of the persuasion that the retro subgenre should last forever. it`s an integral part of our gaming history and yes, unlike 3D graphics, it ages a lot better. but far from lampooning it, it deserves a more elegant lineage and respected history. I think depending on how much easier 2D tools and software become to use in the future, small studios and indie developers will still choose to make 2D titles. because aside from the lower development costs, there will hopefully always be an audience for them. a similar trend happened with Disney and Pixar. traditional 2D films are something of a rarity among their domain, but they are held in very high regard.

that`s all I can muster for now, still a large chunk of links to research and chronicle their interesting factoids onto here. I still need to dig up some more credible sources like journal articles and whatnot. i`m going to get these weblinks out the way first. and then there`s the matter of the project plan draft and making some retro title screens. busy busy!