okay so had a word with robin to iterate my thoughts from talking with Gregor. he raised an interesting point that the sprite style could be a fad. there`s a lot of pop culture references to the style and t-shirts and the like. 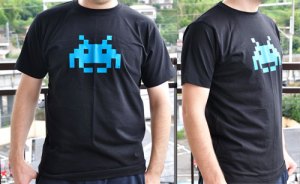 but I don’t think it`s an issue at all. hardcore gamers are good at keeping things alive, just look at all the revivals of long forgotten franchises.

Nintendo were smart to reinvent kid Icarus, it`s looking better every time i see it

aside from the stubbornness of gamers, the style has plenty of merit in it`s own right and relevance within the industry. it`s hugly iconic to our culture also. an interesting factor which come about of this `new retro` fad, is that within a few decades the influenced generation could then in turn, have a new, NEW retro resurgence of their own. two generations removed from the players who actually played retro games.

we need to go deeper

it`s simantanouesly terrifying and interesting. here`s hoping it keeps some semblance of the gameplay spirit and not just regurgitated graphics of pop culture.

speaking of pop culture, he reminded me of a brilliant example i forgot to mention in a previous post when talking about sprite graphics in popular culture.

and another interesting thing to note, it isn’t strictly 16 bit or any low resolution. it`s simply using the sprite style in a 3D environment and a large resolution obviously. it got me thinking of other games which do the exact same thing.

runner is the best game out the bunch

the bit.trip series uses pixels as it`s graphical foundation, but it does so much with them that it can stand on it`s own as a modern visual showcase. there`s all sorts of transparency effects,lighting and scaling effects at use. and of course being so low spec the game can throw hundreds of them up there at once for a nice blocky fireworks show. this is more apparent when you reach an elevated state of high combo scoring in the game and the visuals ramp up to reflect that

it`s wholly immersive every time this happens. ever heard the expression “in the zone” ? it`s this.

just like the downgraded Atari graphics for low health, this is a fantastic way of using the visuals as a substitute for a heads up display and to show off the art style

so in theory, it`s not a true retro sprite style because it uses modern tech for higher res effects. depending on your stance on the subject matter it could be viewed as cheating or cherry picking favoured elements. still a bit confused on it. if it comes to my own creation process, I may resort to using higher tech for convienences sake. I`m not at that stage yet, I can cross that bridge when i get into developing my methods and objectives a bit more.

robin raised a good point of making regular vector drawing skills a showcase. my aim is to be end up as a 2D artist so I should show off conventional skills aside from sprite stuff. the best way I think to do this would to have both set`s of graphics in a product. I`ve had the idea in my head for a while now to have a game which uses 2 graphics styles, sprite and regular. because

1.making the vector first than downgrading them into sprites is easy and streamlined

2.it could be a gameplay mechanic like in bit.trip

3.i get to revise both of my key skills

4.could asess which mode people prefer playing in

5.could make loads of nerdy in-jokes, like go into 16 bit mode to access blast processing and have your player run faster or go into modern mode to open the DLC gate. the possibilities are endless!

after voicing my concerns about maybe having to work within the social gaming spectrum, he said just to keep working towards my preferred genre (anything reminiscent of 16 bit gaming)and everything should line up in my favour 🙂 once I revise my aim and question of course. speaking of which, about to have a third meeting with Colin to get more opinions on it. will blog about that later in the week.

speaking of which, instead of wording the question like `appeal` or `discover` I should choose more ambiguous words like `explore` so I can investigate a broad area like the development process. but of course, Colin seems quite knowledgable on this subject so I look forward to what he has to say.

in non uni related news, I got an email from Nintendo (not personally, just a newsletter haha) alerting me of a video competition for xenoblade chronicles. a j-rpg which I think is pretty brilliant so i`m going to enter. the winner gets copies of Pandora tower and the last story in 2012, both games im keen to get my hands on. the competition ask`s us to submit a `let`s play` video showing what we like about the game. i`m going to make one and quickly as the deadline is quite soon,like under two weeks. so not only is the Halloween arts and craft rubbish going to take a backseat but uni stuff slightly too. i`m pretty far ahead however so nothing to worry about. 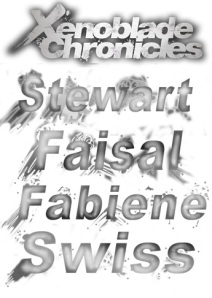 made some quicky assets for the video

of course, let`s plays are boring. so I`m going to make a xenoblade video more in the style of legend of fail. i`ll have me and my posse playing the game highlighting features and making some joke skits about them. it`s going to be a strenuous task as i have a lot to do these next few weeks,renting our equipment from the uni is hellish and i`ve only just gotten used to my new video editing software. fun fun!

okay,now i`m going to waffle about some games which inspire me as i`m trying to meet my quota for Belinda class.

Shantae: Riskys revenge for the 3DS and shortly ios, how the hell is that going to control :S

it`s a side scrolling 2D metroid-vania style platformer where the main character is a dancing genie who attacks with her hair like a whip and can transform into various different animals to traverse the environment.

aside from the unique premise, the pixel graphics are gorgeous and the animation is silky smooth. the levels are so lush and detailed and the controls handle nicely. wayforward make amazing 2D games. (they did a DS adaptation of the thor movie, also has some nice pixel art)

3D dot game heroes, spoke earlier about using the pixel style in a modern way, well this is the ultimate example. the gameplay is a complete rip off of a link to the past as well. but with some modern additions like building characters and a level up system. it`s so fun to watch the blocks spill and fly everywhere with that amazing lighting engine. 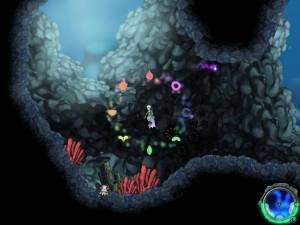 aquaria for pc (and ios shortly,like everything else) one of the best indie games i`ve ever played. this game is a fantastic blend of old and new. it has classic metroid-vania exploration with an underwater theme, 360 degree control, lush environments, and a interestingly dark story for narration driven players. it also has plenty of upgrade secrets to find, a cooking mini game which is essential for the harder bosses and a haunting orchestral soundtrack.

scott pilgrim the beat em up game for xbox live, there are so few scrolling beat em ups now a days, but the ones that come out are usually fantastic. i`ve had some amazing 4 player sessions with this and castle crashers. the genre itself is great and i feel like it`s been neglected through the ages and has`nt been refined as much as other genres like first person shooters. 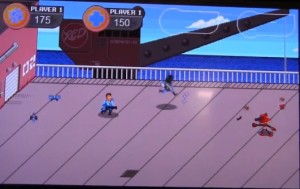 team fortress 2 arcade. i was lucky enough to get a 4 player running on this. (so many keyboards! the game is sorely lacking in gamepad support) and it was a riot. there are a few things that are hugely broken like the spamming of flying enemies and the sheer uselessness of the sniper. but overall, the chaotic gameplay and pixelly visuals had me loving it.

legend of Zelda 4 swords. there is two versions floating about now, the gamecube one featured in legend of fail and the new DS version I`ve spoken about a lot lately. the handheld version is actually quite deep with an upgrade system and bigger environments. this game boils up so much rage in me however, the sheer lust for rupees can be overwhelming and i just want to strangle the other players, i always say if a game can conjure up emotion then it must be doing something right. another reminder as to why local 4 player games are king. (see, goldeneye,smash bros)

xenoblade chronicles. obviously I love this game if I`m entering the contest but I should speak why. the main thing that this game has going for it, is it`s amazing environments. they are a technical marvel and i have no idea how the wii can render such vast fields and distant landmarks. the world itself is`nt just beautiful, it`s interesting too. not to mention a deep and fun battle system,good soundtrack and sheer outstanding value for money. (more quests then there are hours in the day) j-rpgs have had a rough time lately but this is an epic revitalization. it`s so smartly designed and streamlined.

terraria. 2D and spite tastic, something topical now. it`s hard to talk about this game without mentioning minecraft, it`s basically a 2D version of it after all. since the graphics are even simpler then minecrafts, there`s pretty much no limit on the gameplay front. there`s a vast amount of content to discover, items,enemies,environments etc etc. not too much to say about this one, not played quite as much as the rest of the games on this list.

also! inspiration! motivation! there’s are things I feel every time I hear epic orchestral soundtracks. aside from retro chiptune music (see ~ 16 bit goodness) i`ve got a taste for orchestral soundtracks in videogames, they can induce such feelings of epicness like in shadow of the colossus or for final bosses. such as

that`s it for now! expect a revision of the project aim, personal statement, question, objectives and method in the next post.