my level for advanced interaction came out nicely but the 3D animation for advanced visualisation was atrocious 😦 which is why im not going to show it off.

next time I have to make a 3D model.  making anything organic in Maya is laborious, I never had the time to create a scene or add in sound effects also, my model is really blocky too, next time I will take advantage of whatever poly limit I have.

im only willing to show off a few horrific stills from the animation, so i may look back on here someday and remember how **** i used to be, once im a big shot millionaire digital artist (someday…)

ok now time for something uplifting!

most of my time in semester 1 was spend scouring UDK forums and harassing my tutor for help on using the UDK engine. my level ended up being highly technical and filled with a decent amount of content. here`s a video playthrough of my level.

there`s one other module i`ve been working on this semester which ive poured a lot of effort into, but sadly i cant show off anything i`ve made for it since im under a non disclosure agreement.

also! during the short break between semesters I had a sudden spark of inspiration to create a youtube series. zelda 4 swords is a 4 player gamecube game which ive completed multiple times and now im playing through it again one more time, only this time im recording the journey. there’s two video feeds of the players faces and reactions and game footage,interspersed with interviews and animations.

the players i have this time playing through are a very `vocal` bunch and I imagine numerous squabbles and fights breaking out. the game is an evil hybrid of co-operative and competitive multiplayer, so it`s stupidly entertaining to dick your mates over = a recipe for disaster. i want to get this glorious train wreck on video for the whole world to enjoy. initial filming is already done, here`s a teaser image for it. 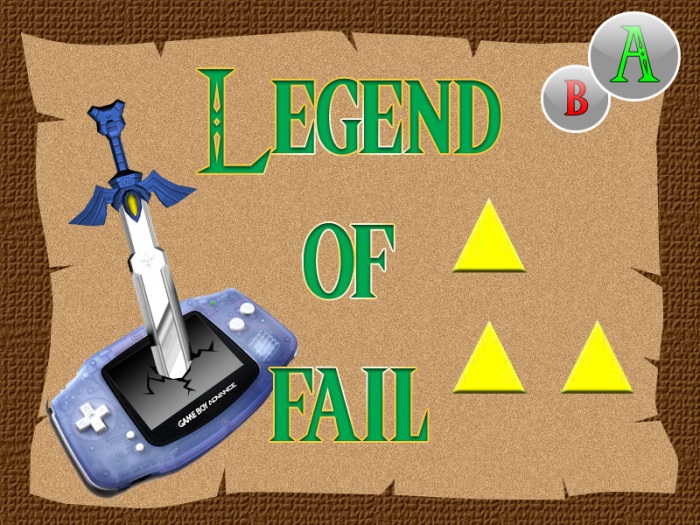 im sure once you`ve witnessed the first episode, you`ll agree that the name is very fitting (coming soon)