long time no post! i have an excuse for being massively unproductive = it`s the holidays.

however as of this moment i have been getting my ass in gear,I rediscovered my old collection of sonic comics (fleetway) and then discovered that they are still being created online and the storyline continued by the fan community.

back when i red the comics when i was still a wee bairn i used to think that if i ever got to work on making sonic comics that it would be my dream job come true(i still have the same view today,says a lot about me i know ) naturally i figured i`d give it a bash so i did a short collaboration with my friend Swiss to create a one page piece,to show our skills to the forum.

he created this 7 panel black and white sketch with mild tones.he also whipped up a very fitting script. was surprised at how well the tone fit the fleetway universe. 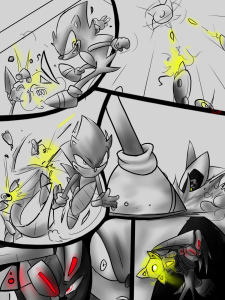 it was up to me to create backgrounds and color it all in. I just used the generic emerald hill zone style and used a flatter style of coloring. don’t think it would fit the subject content if i went overboard with filters and textures like i usually do. 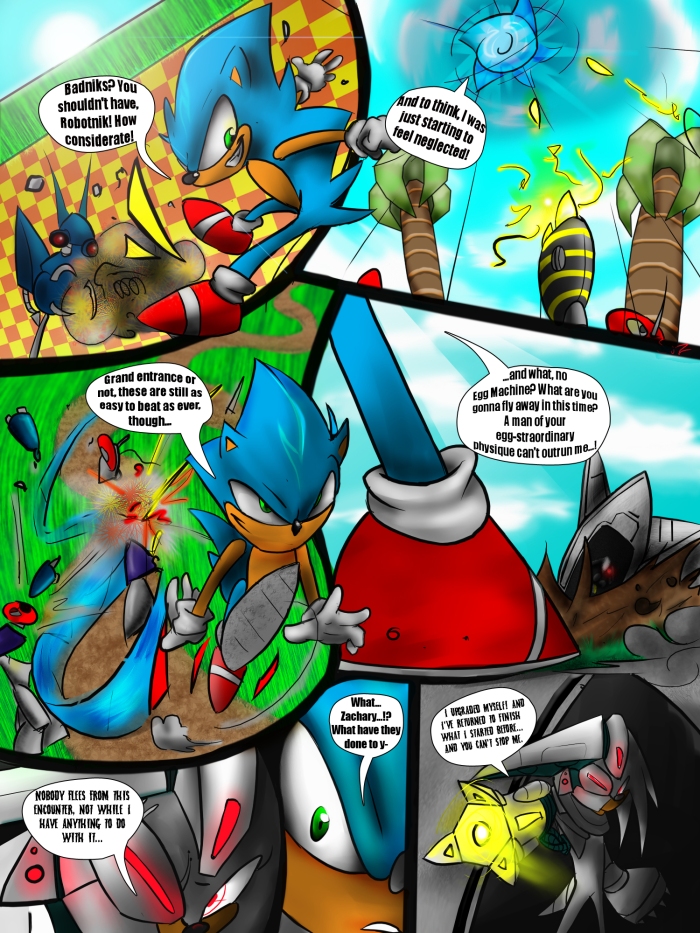 when creating this,i kept lots of important details on separate layers such as eyes,glow effects and such. i went straight onto creating an animated comic book version. it had always surprised me why more online webcomics don’t do this. it`s surely the most prevalent benefit that digital media has over printed media. I figured some big publishing company like Archie or marvel would have capitalized on the idea by now.

the reception for the animated version has been lukewarm unfortunately.

this wont deter me though, there is too much potential in animated comic books to ignore 🙂

since uploading this to the site,i`ve had interest from two other writers who are interested in teaming up with me to create story’s for the site. one of them`s an admin so i`m getting closer to realizing my childhood dream 😀