quite an unconventional module for computer artists this one.

the main task is to create a short screenplay 5 – 10 minutes in length formatted in the proper manner. it can be any genre,any subject. since it wont go any further than the script stage we can be as elaborate with the concept as we like. so whats a guy to do when he has no monetary limits to worry about? well,make an epic space action flick of course.

the general premise of my story is about a female space explorer who is trawling the galaxy trying to dig up clues about her past. i try to remain ambiguous about specific plot details in my draft (not all that hard considering i have so little screen time) like the origins of the character or even the origin of the technology she uses. or what she is searching for, maybe she has amnesia and can’t remember her past.

I do have a first draft which i will put up here,but god forbid you should be bored so i`ll put up my awful scribbles for good measure.(the tutor showed us in a lecture his method of conceptulising ideas which involved very messy drawings using a ballpoint pen which was actually kind of neat and inspired me to do so)

the first scene will show a spaceship zooming towards a small red planet. >

it will then land on the heliport atop a quiet and derelict mining station. >

the character will then step outside and make their way through the front entrance observing all the destruction to the building. >

while walking through a hallway she will hear a bang come from a door,she will turn to take notice of it and almost walk away before. >

but before she can,a terrified scientist will burst through the door and fall on the floor in front of an unconcerned explorer. >

looking in the door she will spot various aliens howling and making her way towards her,she quickly arms her weapon and dispatches of them with ease. >

afterwards the scientist will close the door and begin to talk to the character “that suit,you’re not here to save me are you? ” she replies “can you tell me what happened here?” “yes,follow me” >

they make their way to control room and he informs her that they were mining for ore but discovered alien lifeforms down in the planet’s core which overran the station and killed every member of staff except him. “did you find anything else down there?” she asks. “yes,there were some ancient relics but we weren’t equipped to deal with them,we don’t have a translator or an excavation team so we left them alone”  >

the character realises it`s the artifact she`s looking for,the one which brought her to this planet and gets ready to head down into the core to search for it. > but the scientist protests ” you can’t leave me here! the self destruct is set to go off if all staff`s lifesigns go offline!” calmly she states “lock the doors and hide here,i`ll come back for you” >

the next shot is of here descending the rig towards the dig site using the jet thrusters on her suit. she follows the wiring into a nearby cave. >

she finds a stone statue which is similar in coloration to her suit.every step she takes closer to it causes her suit to illuminate stronger. untill eventually she touches it and after a bright flash her suits glowing subsides and she is swamped with messages on her heads up display inside her visor.>

only a few seconds afterwards she hears the sirens whining. she races back towards to the control room through the corridors draped in the red light cast by the alarm.>

making her way through the control room she see`s the scientist lying dead on the floor,torn to shreds clearly by aliens. she whispers a faint “sorry” and then proceeds back to the helipad.>

after running for a while she starts to hear scurrying behind her,she looks and see`s multiple aliens are in pursuit. without even stopping she shoots backwards to fend back the closest ones as she hops over the ships piping in the way and sliding under the closing hanger doors.>

once in the ship she immediately starts up the engine and makes it in the sky just in time. the helipad is falling apart right underneath her and the entire mining station is crumbling into the ground.>

as soon as she’s reached orbit the station can be seen as being engulfed in a massive mushroom cloud explosion.>

she takes a deep breath and removes her helmet and uploads the data from the relic onto the ship. the ship automatically plans a new course to a new planet.

and there you have it,clearly ripped off aliens and metroid but I dont care. as you can tell the storytelling is mostly situational rather than actual dialogue. when the setting is as distinct as outer space the story should be shown,not told. the untold back story is that this female explorer has come into acquisition of alien technology (ship,suit) and she`s trying to figure out where it came from and how to use it. years of hunting and sole exploration has left her hardened and focused much like the ripley character from alien. beefing up or slimming down the story to meet the word limit wont be difficult. i could throw in more essential dialogue or removed an action scene or two if need be.  I havent pitched the idea to my tutor yet so i imagine even more revisions are on the way. anyway,hope it was a good read! here are some more images! 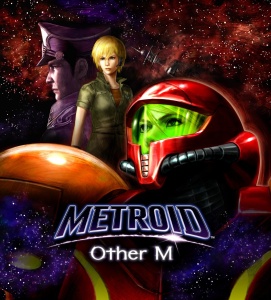